Trauma and its Impact on Criminality 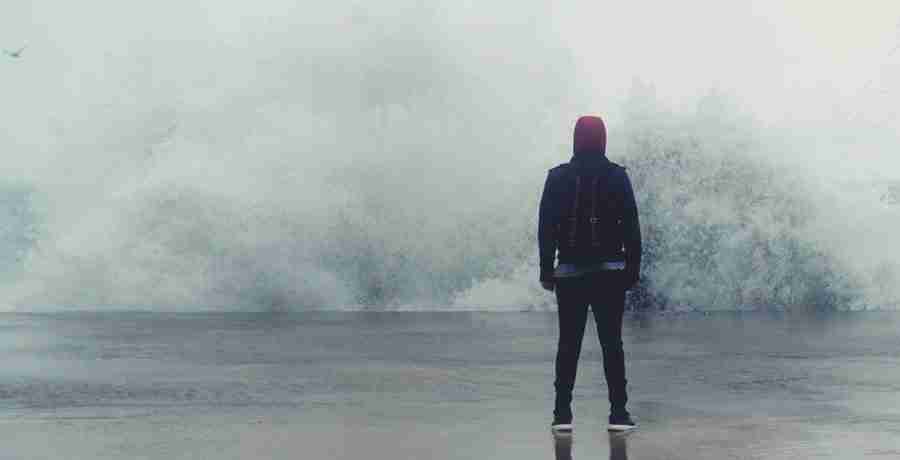 Understanding the impact of trauma can not only help a person become a better employee but reduce their likelihood of re-offending.

Timothy is a man in his late 50’s who was released from incarceration and came to the Employment Services division of Catholic Charities of Kansas City-St. Joseph in search of employment. He had spent 28 years in prison for robbery, burglary, armed criminal action and a sex offense. Timothy showed signs of severe anxiety, so much so, staff quickly shifted their focus from employment to matters of mental health – suicide prevention and taking steps to reduce his risk of re-offending. (See figures on recidivism here)

In order to understand Timothy’s journey, let’s take a closer look at his early years.

Timothy’s life was never ideal. His mother was an active alcoholic and his father was physically and emotionally distant. When his mother died, Timothy was 9 years old, and without a primary caregiver, things went downhill quickly. His father allowed him to immediately quit school. In fact, Timothy was left to parent himself, with virtually no guidance or support. He began drinking at age 10, experienced drugs at age 11, and by age 12 attempted suicide.

Timothy describes his childhood as being completely alone. At age 13, he moved in with a known drug dealer, sadly, he shared, “just for the companionship.” Timothy’s unresolved grief of his mother was quickly overshadowed by severe neglect, leaving him highly vulnerable to other forms of abuse. For Timothy, this created a perfect storm which manifested itself in criminal involvement and imprisonment by 17 years of age.

Unfortunately, this story is not uncommon when it comes to the lives of the persons who fill our prisons. And despairingly, there is also little research regarding the correlation between trauma and criminal behavior. However, having worked in the criminal justice field for over 30 years, it is my experience that most, if not all, inmates have some form of trauma in their background. Physical, emotional and sexual abuse is commonly found, as well as, abandonment and neglect. 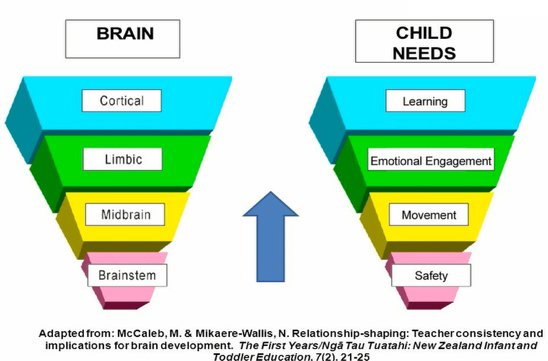 What effect does this have on a person? Let’s take a look at the brain and how trauma affects early development. Figure 1 shows the hierarchy of needs a child needs in order to have healthy brain development and the areas of the brain impacted by the fulfillment of those needs. Safety, movement, emotional engagement, and learning all impact healthy brain development. When trauma exists, the child does not get an adequate amount of brain stimulation in these areas the brain is physically altered. The most obvious changes are the areas that impact emotions, decision making and impulse control. Trauma can have a debilitation effect on a child’s brain. Figure 2 Illustrated the difference in an MRI of a healthy child and one that had been abused. 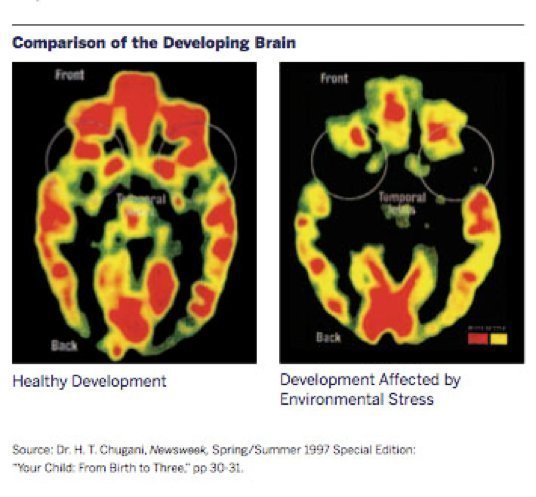 Next, let’s look at the symptoms you might notice with a person whose brain has been impacted by trauma. As we see in figure 3, short-term indicators might include aggression, social withdrawal and poor relationships, etc. Long-term indicators may include Post-Traumatic Stress Disorder (PTSD), depression and personality disorders, etc. Research is also discovering that the age of the onset of trauma affects people differently. Early onset of traumatic events results in more internalizing effects, such as withdrawal and depression; Later childhood trauma seems to externalize behaviors, such as acting out and defiance; Trauma during adolescence can lead to more risk-taking, impulsivity, substance abuse and criminal activity. (Manly, 2001; Kaplow, 2007; NCTSN, 2008; Chamberlin, 2009; Wilson, 2011; CWIG, 2009).

In order to play a part in Timothy’s rehabilitation, it is important to understand that Timothy has made choices that had a devastating impact on his victims. It is also equally important to understand how it came to be that he would make such life-altering choices. Understanding his plight does not remove responsibility for his actions, but it can direct him toward the path of healing and potentially break the cycle of trauma and reducing the risk of committing new crimes.

In order to work with these ex-offenders, Catholic Charities Employment Services staff work hard to:

Unhealed trauma can be found in the young lives of most of our ex-offenders. Poverty, substance abuse and family criminality also add to the complex and destructive problem of criminality. These topics will be looked at in more depth in future articles.

If you or someone you know is an ex-offender looking for help, contact Kathy Ficcadenti at (816) 659-8269 or kficcadenti@ccharities.com