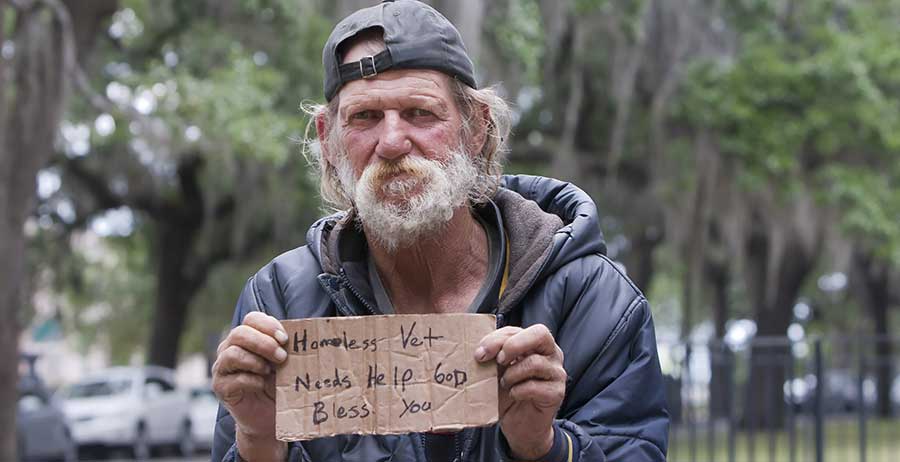 By the Veteran Services Team

Forced from helper to helped is devastating

Asking for help is hard. In fact, consistent feedback from the people Catholic Charities of Kansas City-St. Joseph serves says that asking for help is often accompanied by a sense of shame, guilt, and eroded self-confidence.

Now, consider what it’s like for a veteran to ask for help.

A veteran is someone who has spent a career training to be resilient, to persevere, often in the name of helping others; to ask for nothing, to take little, and to be prepared to give everything. In the experience of our Veteran Services team at Catholic Charities of Kansas City-St. Joseph, many of whom are veterans themselves, asking for help is so soul-wrenching for some veterans they’d rather go without, to try and persevere through challenges no matter how steep. This is why we’ve crafted a service model tailored for veterans, helping them overcome obstacles, including those encountered in re-entering civilian life.

The first step we take is grassroots outreach, seeking to uncover as many veterans in need as possible within the 27 counties we serve, while also serving those who show up at our door. Once our team has made contact, we go about addressing six core issues. These issues are stumbling blocks for veterans attempting to find normalcy in life and, most often, a life quite different from the one they lived while serving. We’ll start with two psychological barriers, because once the two psychological barriers have been addressed, opportunities flourish to assist with the remaining environmental and behavioral barriers.

The two primary psychological barriers are: 1. Diminished sense of pride and identity Asking for help can wreak havoc on self-perception. The resiliency forged in military life may seem to have evaporated, leaving a veteran to question if they’re still the “strong” person they envisioned. Veterans who receive services from Catholic Charities of Kansas City-St. Joseph sometimes find themselves on the other end of the “helper/helped” paradigm, and this reversal can damage pride. In each case, we’re there to remind and rekindle the immense strength that rests in each of our veterans.

2. Loss of purpose If you wanted to study the science of team building, you’d turn to the military. Recruits enter the military perhaps only thinking of themselves. But, in short order, they transition to team players, seeing themselves playing a role in something much larger than self and willing to give up their life for another. This team unity, camaraderie and purpose is often a casualty when they leave military life. Our staff strives to reignite that feeling of belonging and intentionality, helping in part to recreate a team atmosphere where each individual plays a vital role in improving the greater good.

In the upcoming issues, we’ll tackle the remaining four obstacles for veterans – employment, disabilities, housing and substance abuse. All these are imminent threats for veterans that we can help overcome.